History - Four Men and a Building

It was in February 1873 that the inhabitants of Wigan were first made aware that owing to the munificence of Mr. Thomas Taylor, a local cotton mill owner, the town was to be presented with £5,000 for the purpose of erecting a free library and the offer was duly accepted in the same month.

Mr.Taylor had suggested that a portion of Mesnes Park should be obtained to erect the building, but subsequently, it was decided that the site of the old Grammar School in Rodney Street should be the site chosen as being in a more central and convenient position.

The land was purchased and Thomas intimated instead of providing £5,000 he would pay for the purchase of the land and erect on it, at his sole cost, a building for the requirements of a free library, and on completion of the work would hand over the structure to the Mayor and Corporation.

While negotiations were progressing, on the 16th October, 1873, Joseph Taylor Winnard, an old inhabitant of the town, who had carried on an extensive practice as a surgeon in the town died and by his will after certain other bequests, left to the Mayor of Wigan the residue of his monies, to arise from the sale and conversion and the getting in of his effects, to be expended in the purchase of books to be placed in the Free Library.

At the time the bequeath was supposed to amount to a sum of £30,000, but in consequence of the difficulties the trustees had to contend with in determining what portion of his estate could legally be devoted towards the purchase of books as directed in Joseph’s will, the matter was put under administration and the actual sum was around £11,000.

In the meantime the purchase of the site in Rodney St was completed, Thomas obtained the services of architect, Alfred Waterhouse of Manchester, in designing plans for the erection of a handsome building. The contract for the erection was awarded to a Mr. Booth of Bootle and considerable progress was soon made.

As the work neared completion, a meeting of the ratepayers was convened on the 27th October 1876, to adopt the Public Libraries Act, as no expenses in keeping the Library in order could be incurred by the Corporation until such time a meeting had been held and the Act adopted by the majority of ratepayers present. It need hardly be said that that a resolution that the town take such a course of action was passed unanimously.

In bequeathing the money for purchase of books Mr. Winnard requested that Mr. Gerald Brown Finch might be consulted to their selection, and since the important duty devolved upon this gentleman he spent much time and labour in selecting suitable books.

When the library was officially opened on the 20th October 1878 there were no books on the shelves. It was proving extremely difficult to obtain any money from the Lancashire Court of Chancery, in which the money had been deposited, until the building was passed into the hands of the town,

Gerard Brown Finch was a native of Wigan, educated in the town, afterwards gaining the proud and prestigious  award of senior wrangler at Cambridge University in 1857. To his careful and judicious selection, the town owed its splendid collection of books, the Reference Library being considered by the most eminent bibliographical authorities, one of the finest in the kingdom. To Mr. Finch was also left the choice of the first Librarian, and at his recommendation, the Corporation appointed Mr. Henry Tennyson Folkard, who up to that time had held the position of sub-librarian of the Royal Academy of Arts, Burlington House.

In May, 1878, the Library was opened to the public, the books having been in the interim shelved and classified. 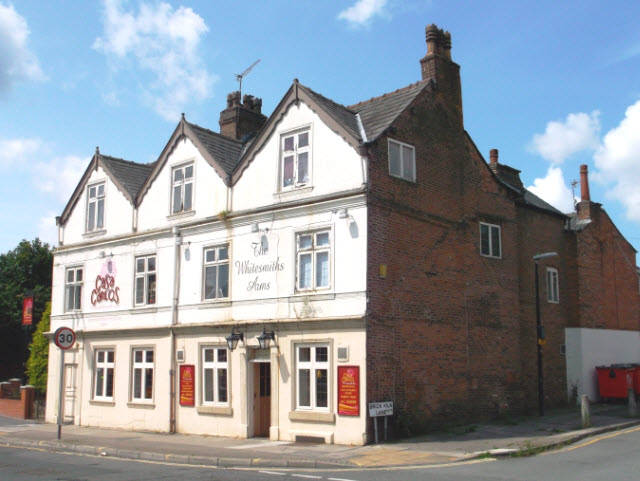