The cottage, which is well over 250 years old, was part of the Standish Hall Estate owned by the Standish family and was rented out to tenant farmers. Hugh Forshaw lived there in 1763 when his Landlord was Edward Townley Standish. In 1778 his annual rent for the 10 acre property is recorded as being nine shillings and ten pence. As well, he had to provide three days sheep shearing, a days harrowing ( a form of ploughing), one hen and two capons (chickens). Also he had to follow the mediaeval custom known as ‘Suit of Mill and Court’. This was an obligation of the tenant to grind their corn at the Lord of the Manor’s Mill. For providing this ‘service’ the Lord of the Manor was entitled to 1/6th of the value of the ground corn.

Henry Ball, a farmer lived at Speckled Holly for at least 37 years. He is first shown on the 1871 census, along with his wife Harriet and twelve children. The Ball family was still there when his 24 year old daughter Ellen married William Thomas Young on 23 December 1908 at St. Wilfrid’s church, Standish. William was a farmer’s son living at the neighbouring Lower Wood Farm.

On 17 March 1921 the Standish Estate was sold at auction, held over two days at the Empress Ballroom (later the Casino) in Station Road, Wigan. The vast estate covered a total of 3000 acres and included many businesses and homes and almost all the well known farms in the area south of Standish. It included Brimleow, Wakefield, Brockhurst, Upper and Lower Wood Folds and Giant's Hall farms. The businesses included Jolly Mill in Chorley Road, Roburite Works at Gathurst and even the Bleach Works at Worthington. Speckled Holly was listed as Lot 75, to be sold on the first day.

In 1939 at the start of the Second World War the cottage was occupied by 49 year old Peter Corrigan, a colliery overlooker, his wife Annie and six children.

Dorothy Mary Howard is shown as living at Speckled Holly on 8 December 1945 when she married Edmund Leyland at St Marks CE church in Newtown, one of the witnesses being her sister Joan.

For many years Joseph and Audrey Hilton occupied the cottage. When her husband died Mrs. Hilton continued to live there up until her death

.In 1982 the National Coal Board acquired the land, but in 2012 sold Speckled Holly, along with the neighbouring properties at Upper Wood Folds and Upper Wood Farm. Since then the cottage has been extensively renovated. Sadly, the Holly tree that had been in the front garden for as long as I remember, and which gave it its name, has been removed. 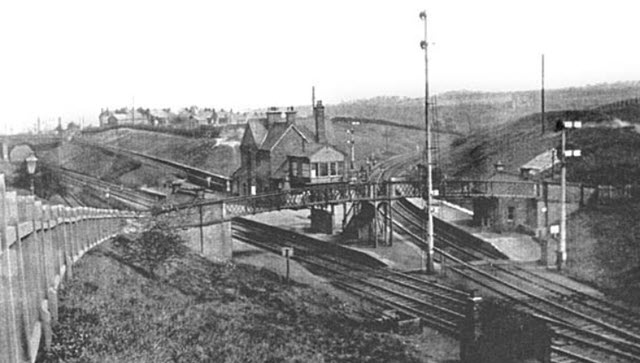