Built for Solicitors Richard Leigh and the Manchester and County Bank.  The monogram of the two organisations are carved in stone roundels above the two entrance doors.

Originally named The Arcade, over the years the arcade was and is known as Grimes Arcade. This was probably due to the recognition and popularity that Ellen Grime and her family held within the religious, musical and commercial communities in Wigan.

Prior to the opening of the Arcade shop in King Street, Ellen and her husband William had for several years a tobacconist and stationery shop in Wallgate. William was the market superintendent at the newly opened Market Hall and Inspector of Weights and Measures for the town.

William and Ellen had 3 children, Charles, William, and James who all followed Ellen into the world of music.

The King Street music shop opened for business in 1872 and was one of the Arcade’s first tenants. In addition to musical instruments the shop sold sheet music and, stationery - mainly embossed and embroidered cards.

The Grimes musical foray into the music business proved to be a resounding success. Ellen was well placed to grow the business being an excellent vocalist described as “no ordinary voice” and was also the leader of the local parish church choir and sang at many great concerts.

With these credentials Ellen was able to organise through the Grime company many concerts with professional musicians and vocalist.

As an example, In 1878 Ellen organised a pianoforte and violin concert performed by Charles Halle and Wilma Norman-Neruda at the Public Hall, King Street. Charles Halle founded the world-famous Halle orchestra based in Manchester and would marry Wilma, eleven years later.

All of Ellen’s sons became proficient pianists and James would develop in to an opera singer, studying in London and Milan. James who performed under the name of Somers Grime would eventually become the lead baritone for the Carl Rosa opera company.

Mr. W. Grime’s Music Warehouse continued to grow and flourish until the death of Ellen in 1894.

After the death of Ellen the business became a partnership between the three sons, William, Charles and James, a.k.a Somers. The brothers did not have a clear view of the progress of the company without their mother’s guidance and after several disagreements, the partnership was dissolved in April 1895.

Charles left the company and set up a similar music business in Station Road, now the entrance to the Grand Arcade).

William and James continued at the Arcade location and continued to sell musical instruments along with the sale of pianos/harmoniums and tuning services.

James, died in 1912 and was then the landlord of the Shakespeare Hotel also in King Street. It not known whether James, now known locally as Sam. had any involvement in the Grime family business at the time of his death.

Over the years the business endured competition from other companies, particularly Sheargolds who opened an extensive shop at 11, Standishgate and later by John Heywood, 11, Library Street and Ogden’s at 67a Market Street. Nevertheless, the company survived in business until 1950 when the shop was bought by a Leslie Marks.

There seems to have been a belated effort in the late 1940’s to create a recording company under the labels of Jamco and Grimes Records, publishing mainly brass band records.

In the 1960’s a record department was set up selling popular records via dedicated “listening” booths.

The business was subsequently purchased by Dawson’s, who relocated to Hallgate in the 1970’s, thereby ending the Arcades over a hundred years of involvement in the Wigan music scene. 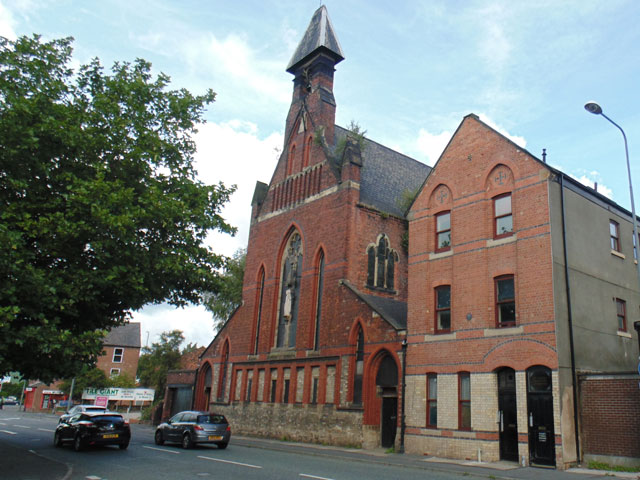